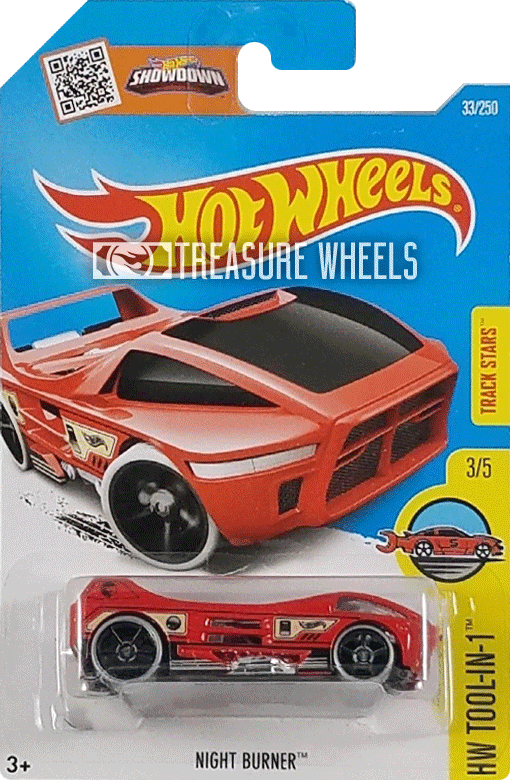 The Night Burner (originally named Mega Thrust) debuted in the 2006 First Editions Series. The name was changed in 2008 to Night Burner. The Night Burner has a special feature: when the exhaust pipe is blown into, the turbine spins and makes a kazoo/whistle type sound. In 2009, there was a minor casting change to the base where the embossed Hot Wheels insignia was removed – See picture in Gallery. The casting was changed again in 2017, where the front grill was made part of the base. 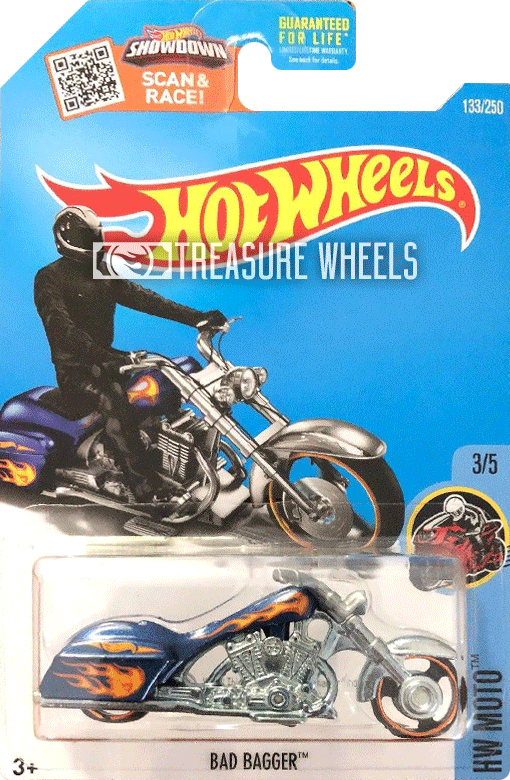 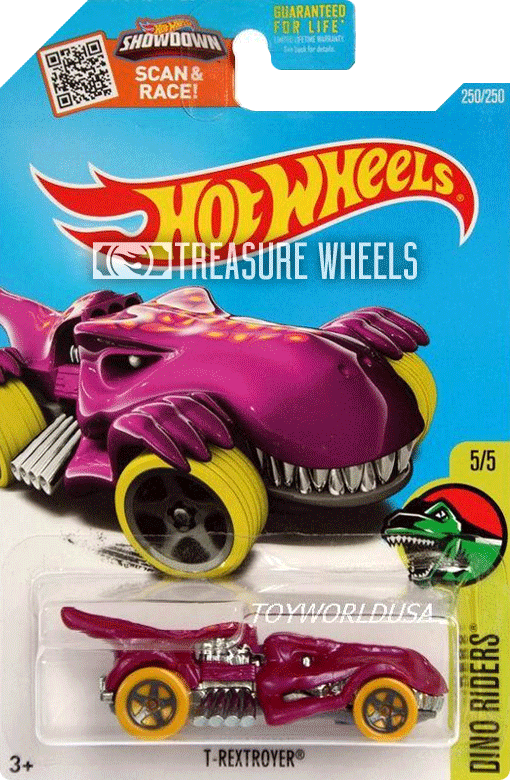